In this short account of lucid dreaming, we start on the “surface,” beginning with a brief overview of how the lucid brain state has been evidenced by neuroscience, conceptualised and popularised. We then explore increasing degrees of lucidity, diving into the depths of conscious dreaming towards full lucidity – a relatively unchartered zone of human experience.

Our ‘descent’ will take us from the more commonly recognised features of lucid dreams into imageless lucid dreams, a place where, as mystics describe it, only light exists. Here, we find what the great Tibetan Buddhist ‘dream yoga’ master Chögyal Namkhai Norbu advises: ‘The final goal of dream practice is to make dreams become awareness, and, there, at the ultimate point, dreams actually cease. You use your practice so that your dreams influence daily life.”

But first let us begin with the science of lucid dreaming that has sought to track the neural activity suggestive of conscious awareness during dreams.

Although we can only truly know consciousness through our subjective experience, different states of consciousness can be objectively identified by the electrophysiological measurement of brainwaves by the electroencephalogram (EEG). In 2009, for the first time, electrical fluctuations in brain activity during a lucid dream confirmed that lucid dreaming was a hybrid neurological state, having characteristics of both waking and sleeping consciousness.

Further research has also suggested that lucid dreaming can be associated with a gamma brainwave frequency of 40Hz, more commonly associated with highly focused waking states rather than typical dreaming.

In normal REM dreaming, brain activity associated with emotional arousal and hallucinatory imagery increases, while the activity of the frontal cortex, normally associated with the capacity for reflective awareness and reasoning, decreases. In contrast, as the dreamer acquires lucidity, these areas of the brain “wake up.”

In lucidity, our capacity for meta-awareness – the awareness that we are aware – makes our thinking more finely tuned and reflective. The presence of a 40Hz brainwave frequency is also found in the practice of meditation, leading the distinguished sleep and dream researcher James Pagel to call lucid dreaming “a trainable, meditative-like state developed while in sleep.”

We can see this shift in consciousness beginning to take place in one of my early lucid dreams:

I walk waist-deep in a creek at the base of the Eastern Sierras. Sunlight filters through the leafy covering, glimmering on the water’s surface and the creek’s golden sands. A few feet in front of me, a massive rainbow trout swims to the surface and then remains still. The trout looks too large to be a creek fish. I decide to catch the fish with my hands the way my father and I used to do when I was young, but then I realise that the fish represents the Spirit and stop myself. I notice that the trout has turned on its side, revealing a rainbow. The fish looks exhausted. ‘How,’ I wonder, ‘can the Spirit be weary?’ Then it occurs to me that the fish also represents me. I now realise that if I were awake and entering the dream through the waking dream process, then my dream guide would invite me to touch the fish. At that point, just as my finger comes to within a hair’s breadth, the trout darts down into the water. Feeling disappointed, I awake.

This dream illustrates a key feature of the lucid dream: the lucid dreamer’s insight into their experience during the dream itself. In my case, I realised that rather than attempting to possess the fish, I needed to interact with the rainbow trout in a more relational way. This dream also shows what the pioneering lucid dream researchers Ursula Voss and Allan Hobson have described as the sense of having ‘two selves’, the result of a dynamic integration of waking and dreaming states.

Advances in computer technologies have led some neuro-scientists to conceptualise the dreaming brain as creating a three-dimensional “virtual reality” – an immersive, simulated world. While this is a useful analogy, it risks treating consciousness as a by-product of physics, excluding the possibility that dreaming may possess its own intelligence and qualities of being. It further precludes the idea now being advanced in some quarters that rather than consciousness being produced by the brain, the brain may be acting as a conduit for our connection to a “conscious universe.” Either way, our understanding of lucid dreaming will deepen as new technologies give us a window into a more refined and nuanced understanding of the spectrum of consciousness possible within lucidity.

The lucid state allows the lucid dreamer to create and enact scenes of their choosing, with all the hyper-realism of waking life but without the normal constraints, e.g. flying weightlessly, changing physical form, and even having dream sex at will. More recently, studies have also indicated that lucid dreaming can improve waking activities; for example, giving inspiration for creative writing and music-making, as well as improving motor skills, including throwing darts!

Since the mid-1970s, when lucid dreamers first used pre-planned eye movements during REM sleep to signal their lucid state to researchers, the literature on the phenomenology of lucid dreaming has burgeoned. Over half the population will recall having had a lucid dream at least oncein their life; however, the percentage drops off dramatically in terms of frequency.

However, a meta-analysis of 35 research studies on induction techniques suggested that no single technique showed a consistent result. Even so, the practice of mindfulness meditation in waking life, which encourages a reflective and attentive focus on ‘mindful presence’, appears to enhance the dreamer’s ability to become lucid more frequently.

The popular Western definition of lucid dreaming describes a state in which the dreamer becomes aware that they are dreaming while asleep and can control the dream narrative. The idea that we become lucid in order to “control” the dream unfortunately mirrors the Western worldview that the natural world must be “controlled” rather than treated with reverence and drawn upon as a source of wisdom. Indeed, humanity’s ambition to control Nature is having dire consequences.

As the reality of climate change looms large, Nature’s long-term fine-tuning makes human exploitation of the Earth look sadly short-sighted. Ultimately, for life on Earth to survive and flourish, we must work with Nature rather trying to dominate it.

We must let Nature be our guide.

We find a powerful parallel in lucidity, when we become receptive to what the interior landscape of the dream can teach us. By working with our dreams in lucidity, we also learn how to work with the outer world in a more cooperative and balanced way, mindful that we simply cannot, and should not, attempt to control everything. 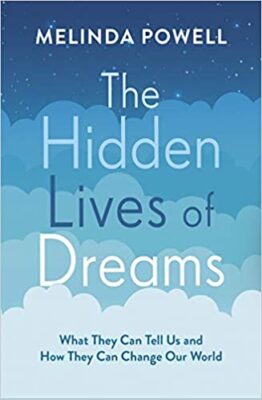 In lucid dreams, as in life, it is tempting to be distracted by what in the Hindu faith is called “the veil of Maya” – the continually changing surface layer of experience, so that we become caught up in the thrill of the ‘virtual’ world offered by lucidity, be it flying, eating our favourite food or having dream sex.

In the process, we may, just as happens in waking life, be susceptible to re-enacting unhelpful life patterns as we seek to fulfil unmet emotional needs. Even so, when people spend time in the lucid dream simply having fun, such ‘play’ can give a person a heightened sense of consciousness that may help contribute to their personal growth.

It follows that just as in life, the ‘surface layer’ of the lucid dream can be employed for good or ill. Yet, beyond the desires that captivate us, spiritual practices across the world teach that within the dreaming state there resides a more serene experience of pure consciousness, one that brings serenity, joy and a deep sense of Beingness. Very different from the turbulent emotions of the ego, this is the original nature of the soul.

The Sufi tradition, which has a long history of cultivating visionary dreaming, identifies this spiritual quest in the Islamic teaching, “I was a hidden treasure and I longed, I yearned, I desired to be known,” referring to our longing to know ourselves, and to be known, both as individual souls and as the limitless and universal Soul at the heart of creation and dreams. The more heartfelt this yearning, and the more it springs from compassion and love, the more it energises and transforms the lucid dream experience. 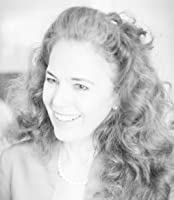 Melinda Powell co-founded and advises the Dream Research Institute (DRI). She has served as Vice President of the International Association for the Study of Dreams. Melinda has developed and teaches the practice of ‘Lucid Surrender’. She is the author of The Hidden Lives of Dreams (2020).